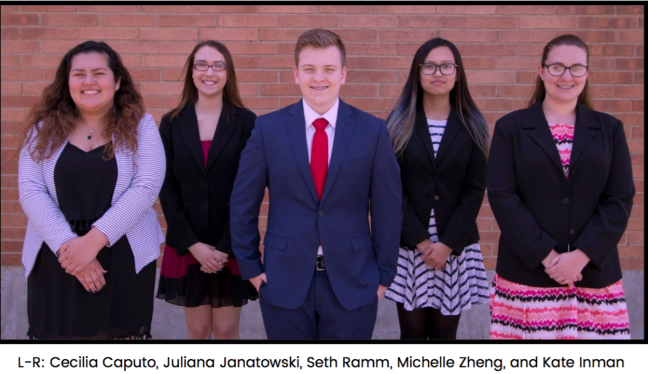 As a first-year coach in the Fall of 2013, joining the world of Speech and Debate seemed much like being a first-year teacher, what with all of the acronyms that rolled easily off the tongues of the experienced—as my team just tried to remember which ones stood for our events.

So when I was introduced to yet another acronym (“NCFL”), I initially blew it off as something I could learn about later. After all, as a new coach with a new team, I still thought that qualifying for OHSSL State Finals was the pinnacle for which we aimed to achieve. After qualifying a student (to States) my first two years—with the second qualification being through a “Bigs” final round—I decided that perhaps it was time to look further into what the world of Speech and Debate had to offer.

I had heard grumblings that the National Catholic Forensic League’s (NCFL) Grand National Tournament “isn’t a real Nationals” or worth my time, yet my experience has been that the tournament is what you make of it. Personally, I offer the opportunity to compete at “NCFL” only to those on my team who absolutely have proven that they deserve to be there. For my team, that means (at minimum) success throughout the season and State-qualification, as well as successful achievement of various team expectations related to behavior and teamwork.

While I have found that not everyone in the country shares my perspective, I have also found that the NCFL tournament provides a variety of challenging experiences for competitors. In fact, this year’s 2017 NCFL Grand National Tournament—fondly referred to as “CatNats”—was an amazing example of such opportunities. Each of my qualifiers represents a different way in which NCFL can benefit competitors.